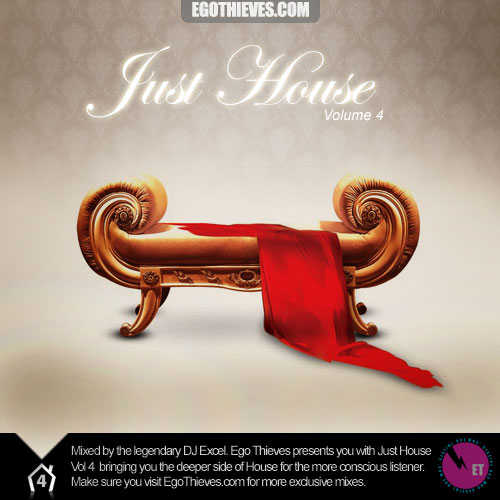 Its actually been a lil while since we did a Just House. Reason being is we wanted to make sure it was going in the right direction. We do love a bit of Funky House don’t get me wrong, but its quickly been taken into a direction we aren’t really happy to follow as much these days. We love what people like Marcus Nasty is playing, that right combination of Deep, Soulful and a few uplifting bangers in between with a cheeky hint of MC for those sing-a-long moments.

I did find a few of the early ‘Skank’ sounds in Funky quite jokes and fun and reh reh reh but now i would love to start a campaign for ‘Stop These Skanks’… which would hopefully stop grown men in their 40s trying to migraine skank along side 17 year olds in the same club while a bunch of bandwagon of Grime MCs try their best to make some fast monies spitting on some amazing House beats which they usually ruin.

Snobby? Me? Boy… i just know how to skank without being shouted directions at thats all. I done that shit when i was a yout watching Rainbow and them tings there! Remember, just because allot of people like something that doesn’t make it good. Think about it.

Well here is Vol 4, mixed by our in House (Get it?) DJ Excel. Who if you don’t know, is a long time veteran in the music scene. From Freek FM to Uptown Records, big track releases and more , trust us Excel knows what he is doing. Lots of Deep and uplifting tracks. So why not stop doing what your told, drop a Paracetamol for that Migraine skank and leave your Head, Shoulder’s, Knees and Toes to do some dancing of their own free will. After all we do live in a democracy no? Now download this! (lolz get that one? ah minor if you didn’t… bless)