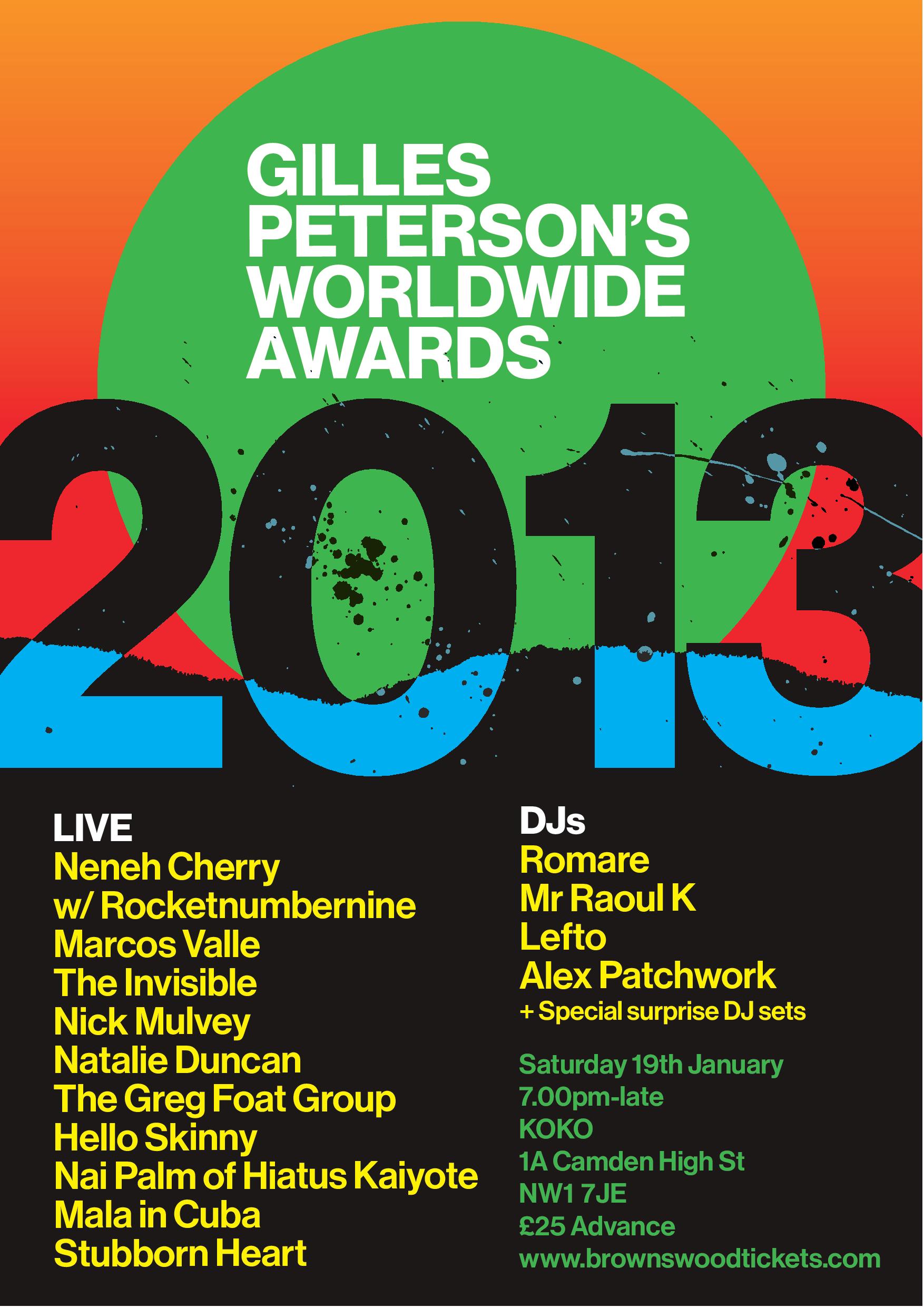 For the eighth year running, 6Music DJ and musical tastemaker Gilles Peterson will be returning to KOKO on Saturday 19th January for his annual Worldwide Awards. Armed with a credible and inimitable line–up, the awards will showcase the year’s best emerging artists alongside more established musicians from the worldwide underground. The intimate celebration will feature live performances, special one-off collaborations and DJ sets from a plethora of the world’s best artists, championed by Gilles throughout the year.

The Gilles Peterson Worldwide Awards is thrilled to announce that Neneh Cherry will be joining the bill and performing a special collaboration with Rocketnumbernine. The Swedish born icon will be performing alongside Rocketnumbernine as part of their new project due out on Four Tet’s label later this year. They will be joining European tastemaker DJ Lefto, electronic duoStubborn Heart and Nai Palm of Australian band Haitus Kaiyote. Also playing will be Natalie Duncan, Romare, Hello Skinny, The Greg Foat Group, Andrew Ashong and Alex Patchwork.

They will join the previously announced Mala, who in 2011 travelled to Cuba with Gilles Peterson to record and collaborate with local musicians as part of the on-going Havana Cultura project. The outcome was ‘Mala in Cuba’ – a marriage of the intricate rhythms and spiritual roots of Cuba with Mala’s own Jamaican heritage and the UK’s legendary sound system culture – a true culture clash and very interesting live prospect. Plus there will be British 3-piece The Invisible, Brazilian singer Marcos Valle and and talented singer / songwriter and founding member of Portico Quartet, Nick Mulvey.

Having grown from humble beginnings as a specialist radio broadcast, Gilles Peterson’s Worldwide Awards have become a highly anticipated and respected event on the musical calendar. Not only a way of showcasing artists at the forefront of world and underground music, the event unites an audience of music lovers with a passion and enthusiasm for leftfield music, in a one-of-a-kind celebration, right in the heart of London.