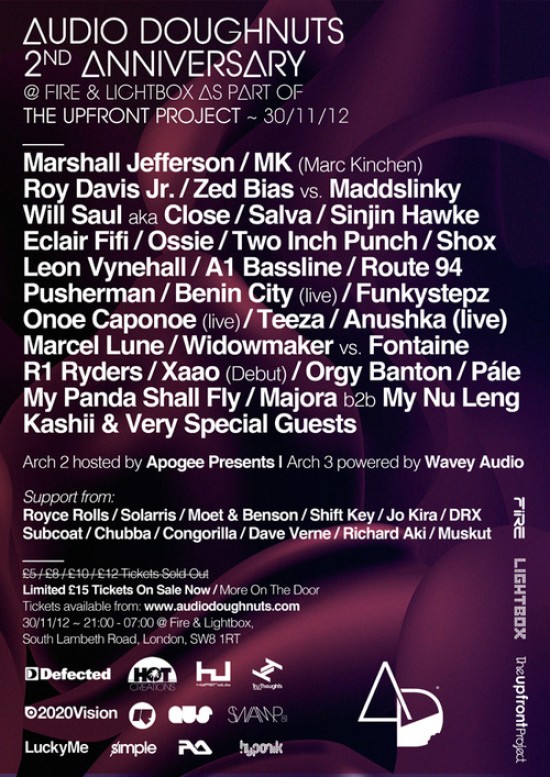 It seems like an age since our brethren over at Audio Doughnuts first launched what is now one of London’s most well-known nights. Two years, a myriad of stonking headlines and bass-infused shenanigans later and the ship is still very much afloat. Touch wood. The second anniversary roster reads off like a who’s who of bass, just peep it up top and buy tickets soon. Real soon.