What the weekend? Part One

Every week (well hopefully lol) we will be letting you know what we have gotten up to. Though a week behind atm we will document us, be it out skanking, shopping or just sitting in playing SF4 online we will keep you informed. Last weekend was quite eventful to say the least. Friday Faith SFX, Aktivist and I mission to the depths of East London to meet up with up and coming artists Forte, Lexus and Kosha for a little collaboration. Just before we left Kentish Town station and after Faith had informed me a certain fed was gazing them while they ate their Sams chicken they managed to capture the moment on film.

After the long trek to East we finally got to a smoke filled studio were everyone was jamming. We then did a little warm up and got straight to filming. This is a live rendition with Faith on the beat. Watch out for the official video and track release very soon. The hook and chorus on this song is overly catchy even if i do say so myself 😉 you will be singing it all day trust me.

Now i don’t venture into East London often, but after dark strange things started to happen… like this breh who was randomly dancing and bopping to himself (obviously intoxicated with some shit lol) so Aktivist decided to sing him a song while Faith dropped the beat and a skank while i was left laughing like a little bitch with my high high chung laugh…

Now Saturday was a whole different kettle of fish. After watching the football and Arsenal breaking my heart just that little bit more (someone bitch slap Bentner please, jesus… what is Wenger bunning?) i had my Urban Nerds famala James Benenson’s 21st Birthday dinner. 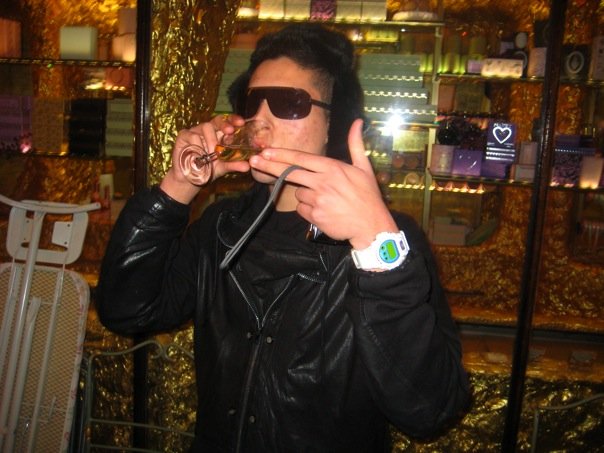 We all went down to the Real Greek in Hoxton Square ,when i say we, i turned up and there was at least 30 people sitting there lol with lots of familiar faces. Now i understand there was allot of people, but when i mean it was a scrap and even a tactical battle to to try and get some food i kid you not. Big up my food partner in crime Alex Benenson, we pulled our swiftest moves to try and scramble as much of the so called Meze. We failed quite a bit i wont lie to you. But it was good seeing everyone without having to work, though there of course as always was lots of work talk. After that it was Fabric, which lets say was messy and i know a fair few people to have left the club after 9am (yes the morning!) and many are still recovering. Don’t have any pics and videos of it all though as it was really a private affair.

Sunday was spent getting well (as im not unfortunatly) and editing plenty of video and working on more original content for you webby massive. This weekend i have Cy from the Cabinet (Cambridge for those that dont know 😉 coming down for lots of galivanting and mischief so watch out for that.

Sorry, the comment form is closed at this time.