Its that time again where i fill you in on whats new and whats to come on Ego Thieves ( and why everyone has been missing for like a week or more and lack of posts!). 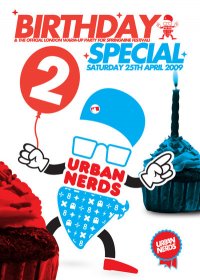 Well first Miami… while some or most were here deciding what to wear as the BBC like’s to lie about the weather as usual. The Urban Nerds, Sally (DMC) and Professor Green jetted off to Miami for the WMC (Winter Music Conference) and thoroughly bought the vibes with them 🙂 check the post a few up ^^ to see a selection of the carnage and allot of embarrassing moments included.

Then straight off to Snowboming to enjoy Austria’s ultimate festival and if you didn’t make it shame on you! While all that has been going on Urban Nerds have also penned the 2nd Birthday Special on the 25th April at a secret location (Yes TWO years already! Time is no joke) which you can also see in our events section shortly. Go grab your tickets because trust me its going to be dirtee, bad, stinky! (well if the last even is anything to go buy anyway).

Now along side all of that Ego Thieves is also launching its own major event outside of London, first being in Cambridge. Expect Ego Thieves DJ’s, Live eclusive PA’s and lots of planning and lots of special treats coming to the Cambs massive very soon so keep an eye out for details in the next coming week. We also have our plush and exclusive night on tomoz for all those who don’t know called Future Funk at Club 20 on High Street Kensington.

We also have held a fair few curry’ins and Street Fighter nights and of course they are for the very special and VIP’s only. Big up the Ego Thieves ‘Sunday Reagge Roast Weekender’ which was very very messy indeed.

Things have been slow on the massive post’s front due to the above and more i wish i could tell you. But we are all back and lots going on believe we. Tonight and by the time you read this two new mixes will be up. Intelligent Hooldum Vol 2 – Love Dilla which is the first part of a Dilla special and introducing to you MDMA Sessions Vol 1 – Urban Nerds Birthday Wam Up for those who like that extra Bass and those who think they can keep up 😉 and as a special bit of news we also have a new Grime / UK podcast coming in the next week mixed by O.T. Recordings Terror S which will be a monthly edition also. Add to that the new Ringtones being updates with a whole new layout as soon as dam possible.

Also welcome the Nuckin Fang team… but thats a whole other post so watch out for that. 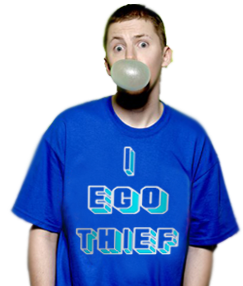 Vision Thief TV is coming… i cant say much yet but what i can tell you is we are taking it very seriously and its not going to be your average hood video compilation (well so our make up artist and stylist say lol) and will push Web TV to a whole new height.

‘I Ego Thief‘ apparel is coming in many shapes and forms. You won’t be able to buy these, very much like a Blue Peter badge these will be given to the honored, chosen by our panel of Thieves. But fear not, we have a whole new range of Tees and Polos that you will be able to purchase (or blag depending what side of the bed i get out of that morning and what your apprentice skills are saying) for those summer days. They will be limited and will be exclusive and quality is our quantity so expect nothing less that the finest. None of your Fruit Of The Loom here my friends. If you come to Urban Nerds expect to see some floating about.

There is so much more to tell but i will save the rest for bloggin and posting so keep hitting us for info. Before i go, a HUGE thanks to everyone who has downloaded all the mixes especially Dubfluencial 3 which has been downloaded more times than me and Rachel have eaten Haribos and the rest have had just as much. We heart you all and if i have a spare fizzy cola bottle or hubba bubba on me when i see you… holla.