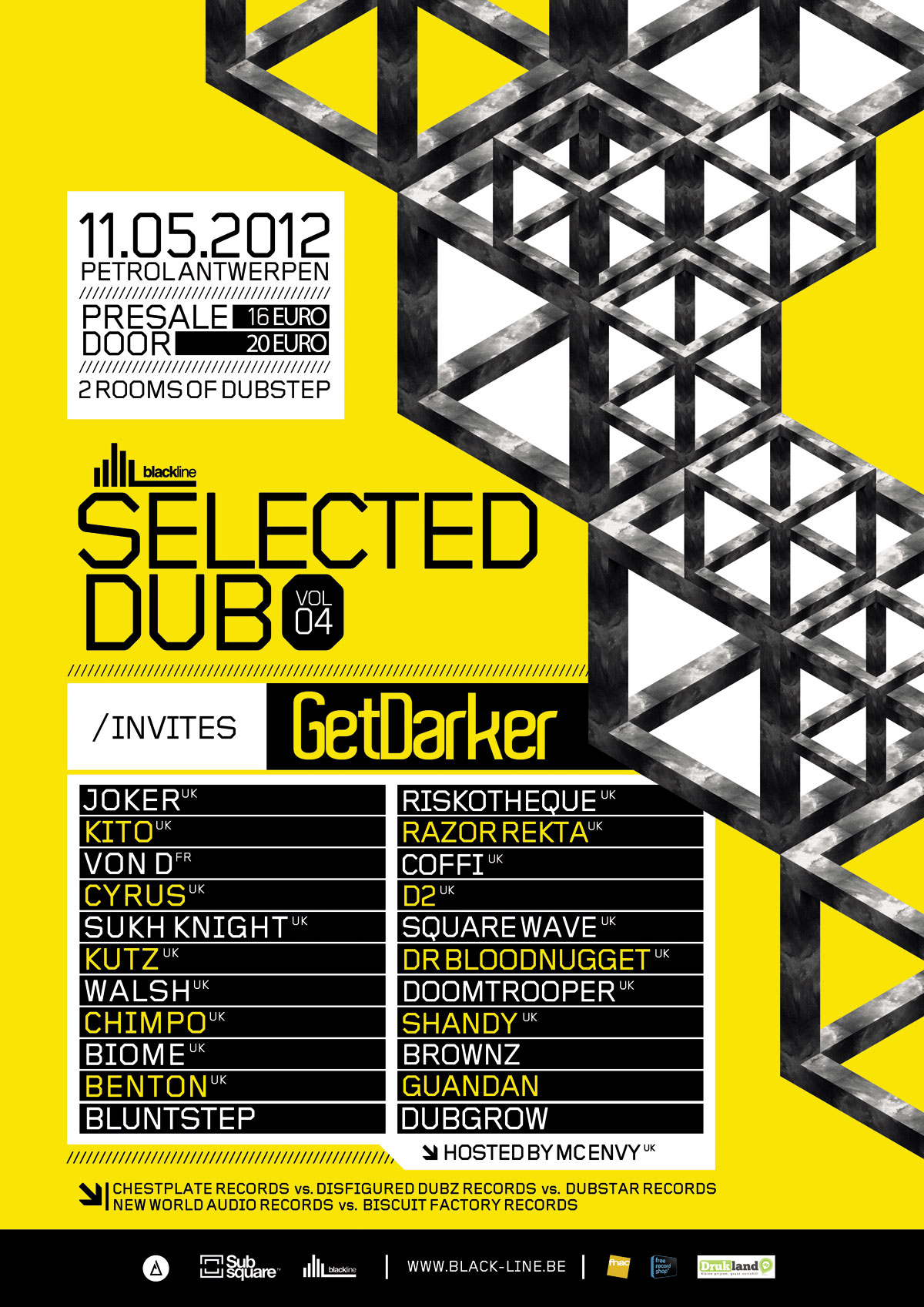 Belgium is known for it’s crazy nights and amazing crowd, but who is behind these parties ? Next to several widely known organizations such as Untitled, Hertz, Daily Dubstep & Rampage, there is Blackline.

One of the younger players of the game, but these guys are taking it seriously. By keeping on being fresh by trying to combine different genres, with the same feeling and quality.With a huge variation from dubstep, drum and bass, minimal, techno, rnb and even the harder style core.

Their next huge event, SELECTED DUB invites GETDARKER, takes place the 11th of May in Antwerp Belgium and surely is worth traveling there for. With an outstanding line-up such as Joker, Kito, Von D , Sukh Knight, Cyrus, Walsh and more, this will be a memorable night. Take a look out for these guys as they have lots coming up.