After a long arse week, yes LONG. Watch out for the What The Weekend Week post coming shortly as last week was just that, a long weekend. Here is today’s round up of music news  feature we like and your daily downloads of goodies in all genres and forms. P.S. Youtube sort out the videos 🙁 you slags…!! 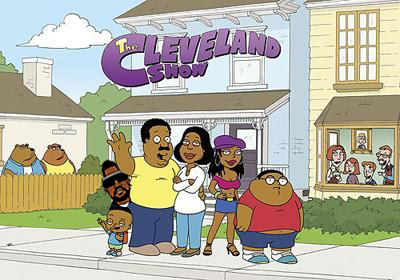 Kanye West to appear in new Family Guy spin off show ‘The Cleveland Show‘. Now if you didn’t already know of the shows forthcoming series, then shame on your mug but check it out by clicking the picture thur <<<<. But confirmation has come through that Kaneyzee himself will have a featured part in the show as ‘MC Kenny West’. Not sure how often he will appear in the show or what his character is like (hoping its not your average Hip Hop stereo type) but we do know Kanye is a huge fan of Family Guy and has recorded all his lines already. Watch this space kids (and non kids who like me adore Seth 😛 ).

In other news one of my current favs still (even if people think he is over saturated) Kid Cudi is going to or has quit the music game. He has said in his blog that he is tired of  ” THE DRAMA THAT COMES WITH IT IS MORE OVERWHELMING THAN THE SHIT I WAS DEALING WIT WHEN I WAS PISS POOR BROKE.” Now we hope he has just had a really bad day and he sees that he has only just started and is a very talented dude. But big up’s to him as he wishes to concentrate on his acting career (not that the trouble is any less than the music industry no?) and claims he will finish his debut album with Chip. What ever you do Mr Cudi, good luck.

And last but not least with a big sigh and a huge ‘finally’ said loud. The Performing Rights Society (or PRS) have announced today that live performances in the UK are now worth more than album/music sales. That means for people like us, if your actually talented and you make worth while music and not manufactured crap the majors have washed over us to for many years. You can actually make a nice living without even selling any music. So why not do the right thing, make music free or subscription based (as I’ve been saying so for years!) and get your arses on stage and show the world why we should listen and pay to go see your music live in the shiny, glamorous flesh. Read more here.

Here are the latest mixtape downloads. First we have the re-up of Kid Cudis mixtape for those that missed it. Trey Songz hits us with Murder He Wrote doing what he does best and reworking other peoples tracks (which is how he even became famous!), our recommendation comes from J Cardim which again for those who don’t know one of the biggest unknown producers in the game but i bet you say to yourself… ohhh he made this beat?! Lastly we have DJ Miggz dropping the Grown & Sexy 3 mix with lots of erm…. grown and sexy tracks…. 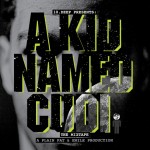 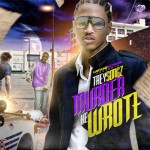 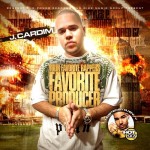 Here are today’s tracks taken from all over the web. From Hip Hop to Dubstep, Glicth, Electro, Bass and what ever tickles your toes. To download them subscribe to our RSS Feed and then you can just save the tracks as you wish. Remember to support these artist’s and producers as we do. We just love to introduce you to new music 🙂 By the by, we don’t categorise the music so just enjoy the goodness and expand your mind.

No one is doing it now like Joe and Slaughterhouse. Listen properly.