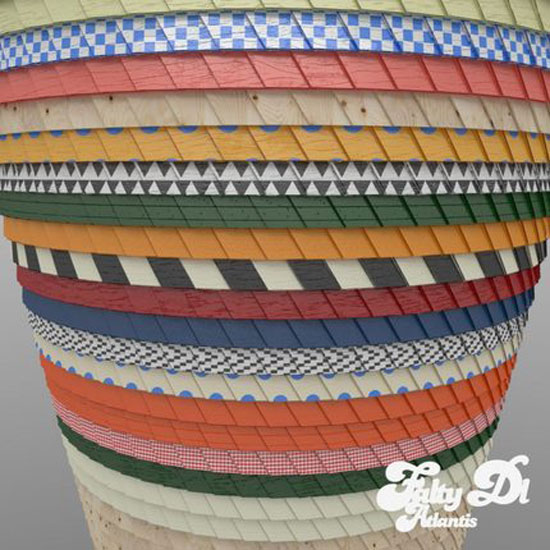 Drew Lustman aka FaltyDL releases his debut EP with Ninja Tune and it’s an absolute cracker. Over its four tracks he shows the range and grasp of rhythm, atmosphere and melody which have made him one of the most exciting producers in electronic music right now.

Title track “Atlantis” is distinguished by a complex, swinging, relentlessly danceable beat, unfeasibly low bass hits and a melancholic tune which sits somewhere between Four Tet and classic rave. “Can’t Stop The Prophet” shows the DNA of Wagon Christ (an early influence) spliced with the sonics of post-dubstep and the restless energy of an ADHD toddler, ending with a first-love junglist wig-out. “My Light, My Love”, seemingly sampled and built out of the sonic spaces between notes and beats, is perhaps the deepest moment on an incredible EP, while “The Sale Ends” takes us once more back to the skipping feel of a fractured, interplanetary two-step.

FaltyDL is one of the hottest names in electronic music right now and theAtlantis EP shows why. Immersed in the old New York and Chicago sound yet creating a more subtle and ultimately futuristic mash-up of influences, Lustman takes his influences and makes them fresh. The sometime sushi-chef and now New York resident has been turning heads since 2008, when Mike Paradinas signed his US-ified versions of UK Garage to Planet Mu and released it on an unsuspecting world. Since then, Lustman has looked to expand and evolve his signature sound over two albums, an EP and three singles for the label. In addition, he has released an afrobeat-inspired 12”, Mean Streets Pt 1 with Loefah’s Swamp81 label, a single on Ramp backed with a remix from Jamie XX, plus remixes of his own for the likes of Mount Kimbie, The XX, Scuba, Photek, Anthony Shake Shakir and others.