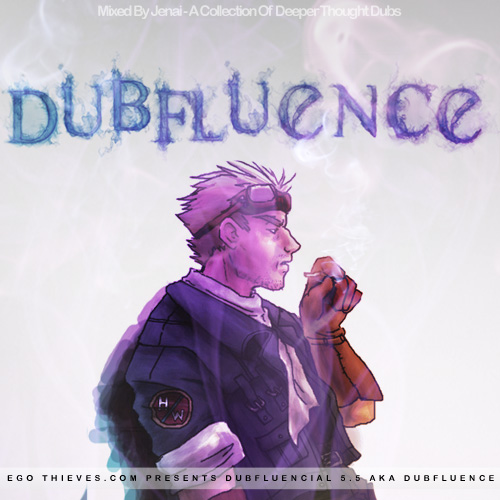 [wp_announce_marquee]Dubstep has many a face. Some say that our Dubfluencial is more Wobble than Bass and the forums alight with talk of what fits where and who listens to what. Here, we are anti class. I guess you could call us Subversive. I just don’t want to see what happen to UK Garage happen to Dubstep, were the sub genres ended up splitting the scene which eventually became its ultimate downfall.

Of course there’s the hard bass, soulful and Reggae dub and everything else in between. Dubfluencial caters more for the harder bass fiend of course. But that doesn’t mean we do not listen to or appreciate the deeper side of Dubstep. So hence here is our special edition which we will drop every 5 episodes.

Dubfluence aka Dubfluencial 5.5 is exactly that. Lots of deep vibes, sensual bass and soulful intentions. Kick back and relax (maybe smoke some of that peng… that’s if you do that sort of thing of course! Dont do drugs and all that 😛 ) and enjoy the other side of Dubstep. Remember this is NOT Dubfluencial and is NOT full of hard tunes! So no moaning saying ‘i thought this was the new Dubfluencial reh reh’ those emails will be published in a section of shame.

(Oh and for those who want to know and already asking lol, Dubfluencial is inspired by bass and Dubfluence is influenced by soul….. simple init).

06 – We Have Invisible Friends – Eskmo